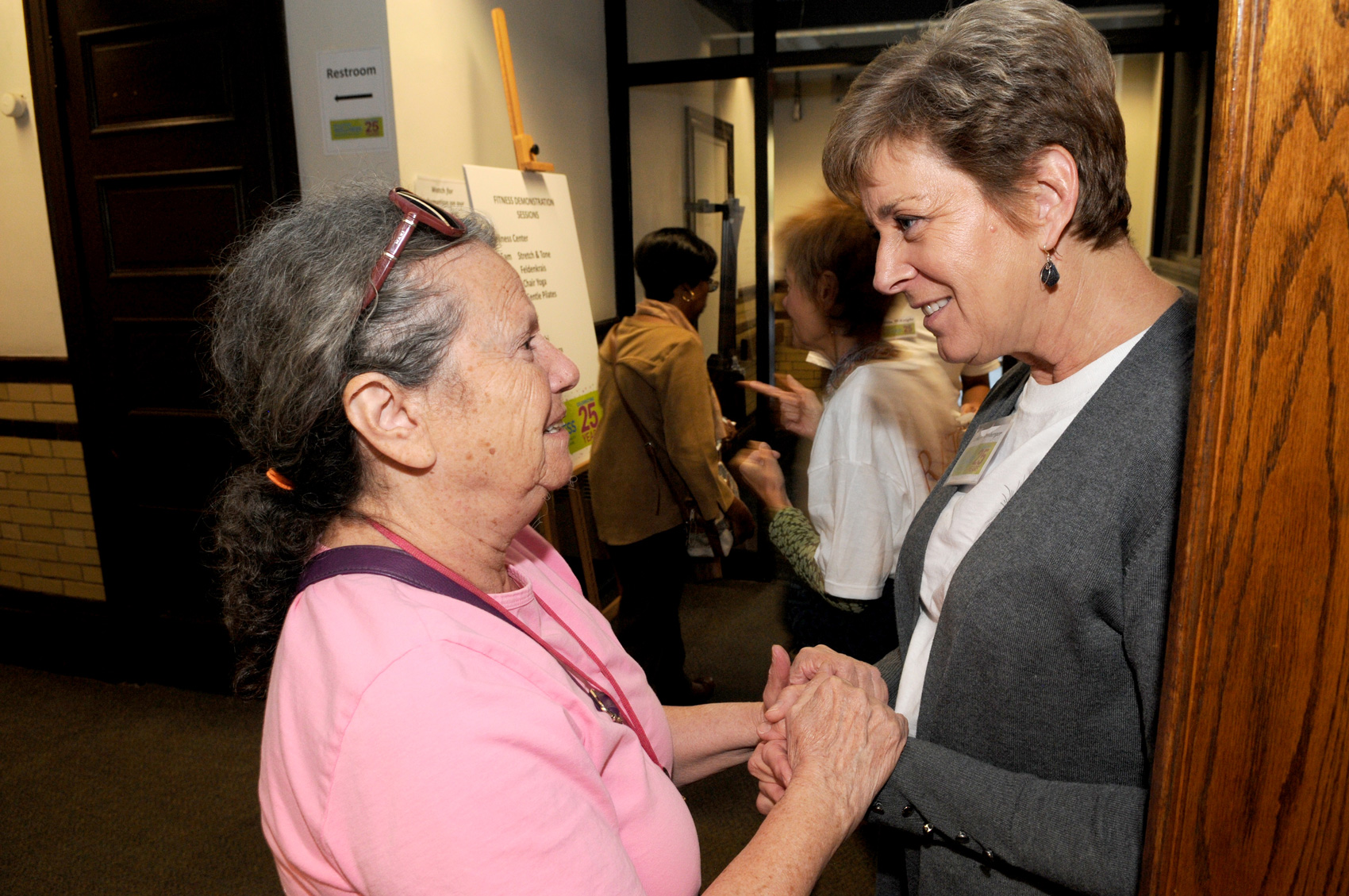 WHEN ALL ROADS LEAD TO RALSTON

You could say that Sarah Hohenberger’s road to Ralston Center has been a long one. And it continues to be long, now that she lives in the West Parkside section of Philadelphia.

But the distance hasn’t prevented her from regularly attending Ralston’s Chair Yoga and Stretch & Tone classes.

“When I lived closer to Ralston Center, I became attached to it,” Sarah says. “So when I moved farther away, I didn’t even look for a different program. I would rather travel the distance to Ralston.”

Sarah’s path to Ralston began in 1935 in a small town in Romania, near the border with present-day Ukraine. After World War II, like other Jewish children, she emigrated to Israel. Sarah’s parents followed three years later, and Sarah worked to support her family. Eventually she went to college and then law school. Sarah practiced law in Israel until she was in her early 30s, when her husband earned a scholarship to Drexel University. They settled in Philadelphia and never left. She retired from her law practice in 1998.

Sarah has a direct, concise way of talking. But if you speak with her long enough, she just might sing to you. And what she sings might be one of the many names of God, in English or Hebrew or Aramaic.

Spiritual enrichment is part of what keeps Sarah coming back to Ralston.

“Every time I go to yoga I learn something that enriches my life,” she says. “If the weather is bad and I can’t get there, I am not happy.

“The people who have been coming a long time think of Ralston Center as their home,” Sarah concludes. “The joy of life is being expressed in these classes every day.”