On the 100th anniversary of Bessie earning her pilots license storyteller/actor Tammy Denease takes us on a journey into the world of the first Black and Native American female aviatrix. We will take an international voyage that begins in the segregated south of the United States, where the color of your skin could determine whether you lived or died and end in Paris, France, where self-determination — not skin color or gender — is what truly mattered. 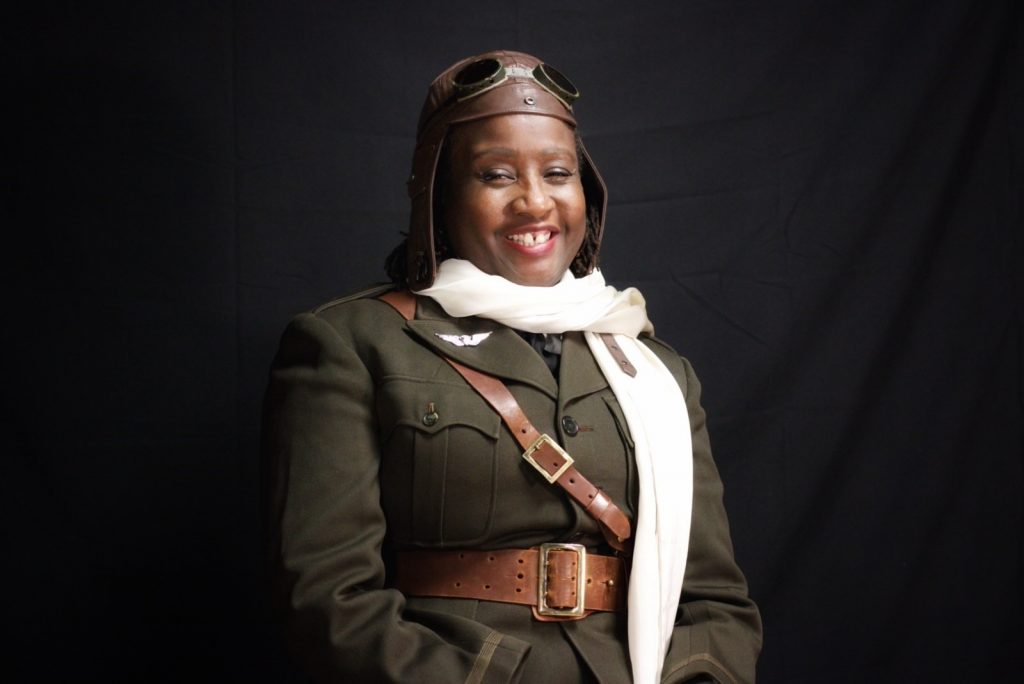 Tammy loves history and being able to tell others about the past. In her position of Museum Educator, she instructs children through stories of Colonial History, Health, Medicine, Slavery and Native American History. In addition, she is a historical tour guide for local Colonial-American homes. When Tammy is not teaching, she is a playwright, Director and a Diversity Trainer for an International organization.