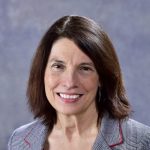 Lynette M. Killen is Executive Director of Ralston Center, a nonprofit organization that improves the health and quality of life for older Philadelphians.

From her first high-school job as a nurse’s aide, Killen knew that caring for older people would be her life’s work. And it has been, as she advanced from social worker to administrator of geriatric services to CEO of a long-term-care organization. At Ralston, she is able to meld her skills and passion in a new way — helping people remain in their homes and their communities as they age.

Before joining Ralston, Killen was CEO of Chandler Hall Health Services, Inc., a Quaker-based, long-term-care residential community and hospice in Newtown, Pa., where she oversaw 300 employees and a budget of $18 million. Among her accomplishments during her 14-year tenure were developing a palliative care network with a local hospital, expanding a partnership with a nearby YMCA to offer swimming and fitness services to residents and employees, and refinancing debt and acquiring new monies for $25 million in capital improvements.

She also consulted in the aging and social services field and advised Trumbower Hospital Foundation on philanthropic matters for many years.

Among many volunteer governance roles, Killen has chaired the board of Philadelphia Senior Center and currently chairs the advisory council of the Bucks County Area Agency on Aging. She has spoken at state and national conferences including the American Society on Aging.

Killen resides in Newtown Square, Pa., with her husband. They have two adult daughters.